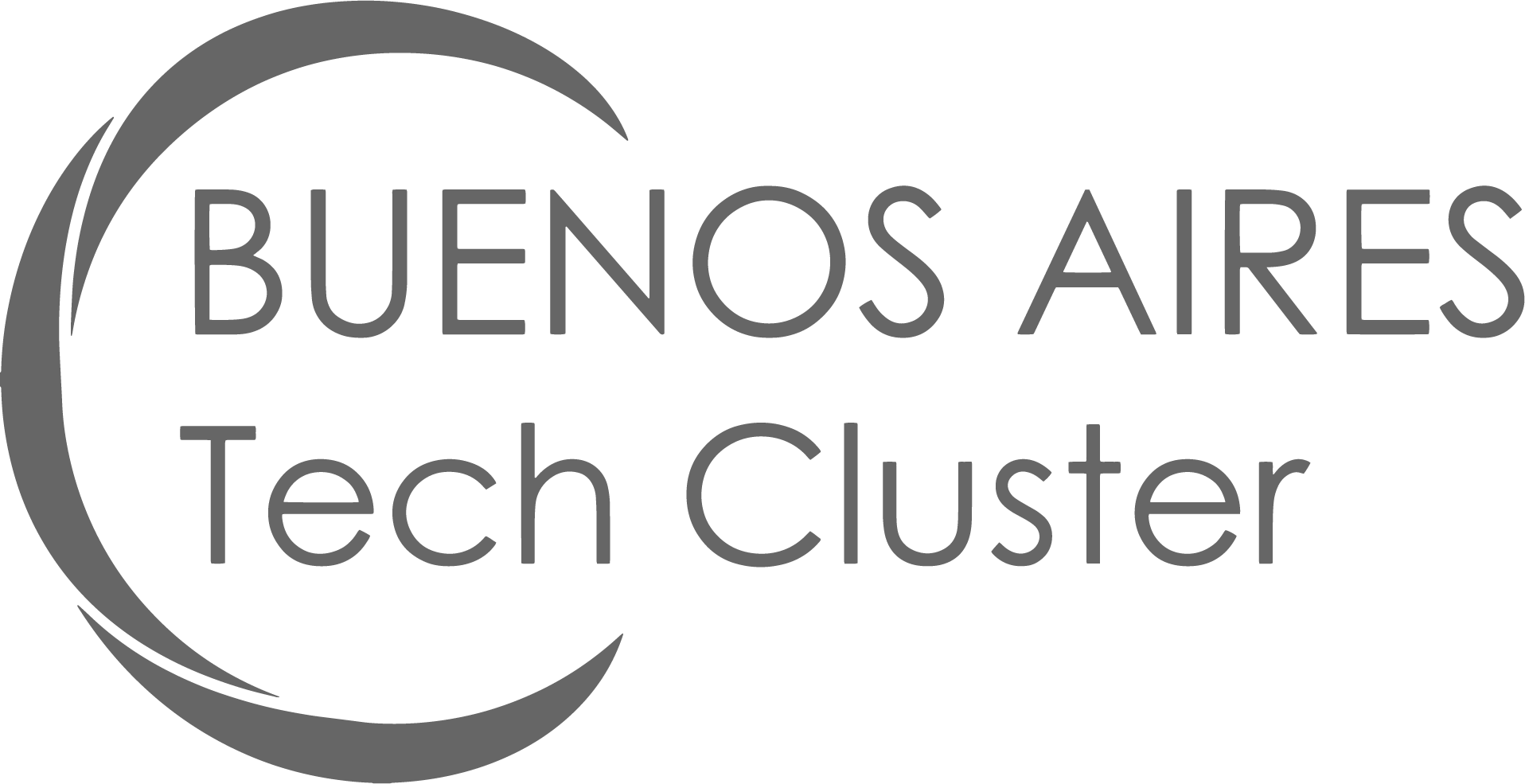 The 15 most visited places in Buenos Aires

Buenos Aires is a busy city. The truth is that it is very easy to get carried away by its crazy rhythm. If you visit the Argentine capital, you may feel overwhelmed by the large number of events and places to visit. For this reason, we invite you to experience everything a bit without missing its main attractions. Here we bring you a list of the 15 most popular attractions in Buenos Aires.

Yes, you read that right, it's a cemetery. You might think it's a bit strange, but the Recoleta Cemetery is a prominent place in the city. It is a maze of tombs from the early 20th century that rise above the ground in small stone houses. There you will find at least 6,400 statues, many of which were hand carved and brought from Italy. It is said that place is haunted. In addition, in the Recoleta Cemetery lie the remains of Eva Perón.

The Costanera Sur Ecological Reserve, better known as Costanera, is located in Puerto Madero and offers a walk full of flora and beautiful views. While walking you can observe a river, although it looks like the sea because of its width (Rio de la Plata is considered the broadest river in the world). Around the waterfront there are numerous food stalls that are highly recommended by local people, so don't be shy and try some of the typical dishes of the region. 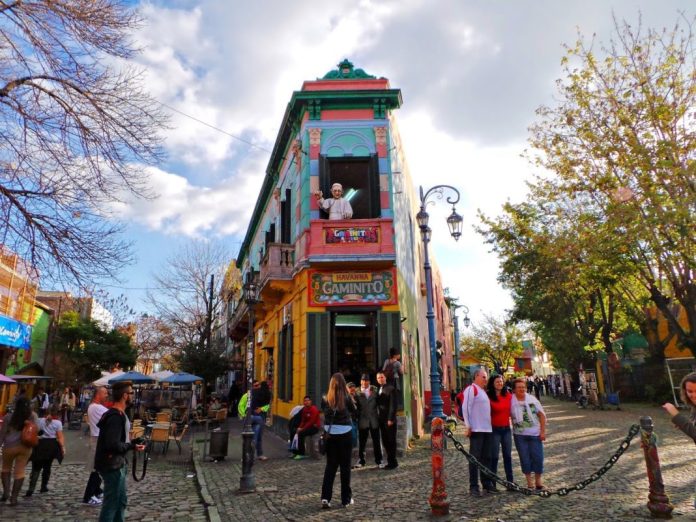 Caminito is a colorful alley and open-air museum located in the famous La Boca neighborhood. The brightly painted facades are a historical and cultural heritage of the Italian immigrant community in Argentina. What began as an independent initiative between the artist Benito Quinquela Martín and the local community in the 1950s, became a major tourist attraction that shows the work of other local artists.

The National Museum of Fine Arts, opened in 1895, is one of the must-see visits in Buenos Aires. It is not only one of the most important museums in the country, but also Latin American as It houses the largest public art collection in this region. It also has amazing collections of European impressionists and many other important exhibitions that you will surely love. 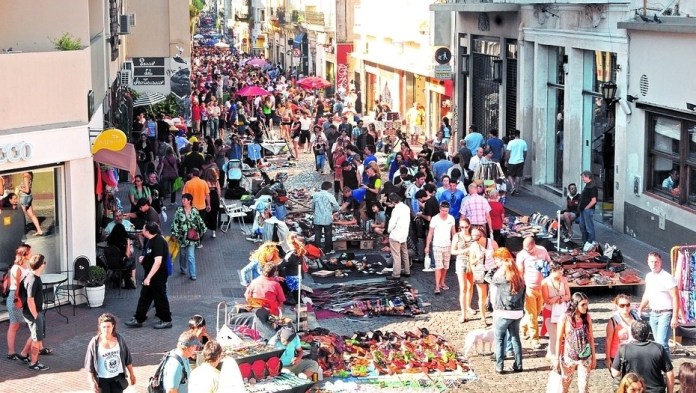 The San Telmo Fair takes place every Sunday and is always full of national and foreign visitors. It is a very entertaining experience. The place is filled with antiques, vintage clothing, handcrafts, exhibitions of local artists, tango musicians and street food.

The market lasts much of the day but, if you want to be a little quieter, it is recommended that you go early. This way you will avoid the enormous tumult of people a bit. Whether you're looking for a souvenir or just want to soak up the local atmosphere, the Sunday fair is an event you can't miss in the Argentine capital. 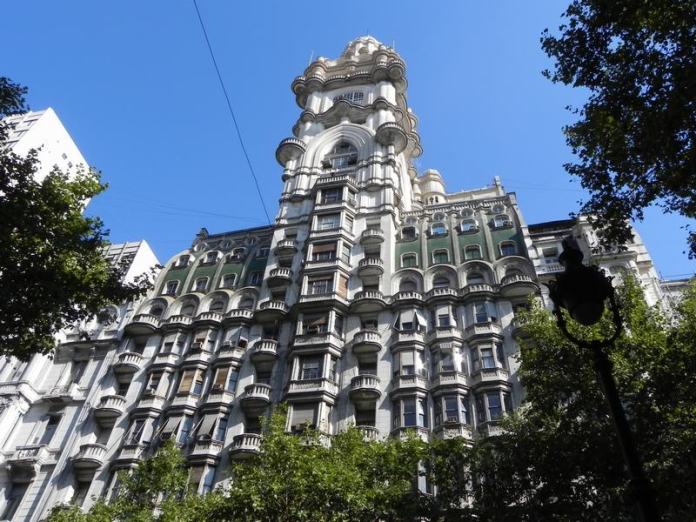 The Barolo Palace is an important architectural work located in the historic center of the city of Buenos Aires. It was inspired by Dante's Divine Comedy and designed by an Italian immigrant named Mario Palanti. The roof of the building, opened in 1923, offers an incredible panoramic view of the city. There is also a huge lighthouse that does not go unnoticed. The palace is exactly 100 meters high, one meter for each of the 100 songs of the Divine Comedy. 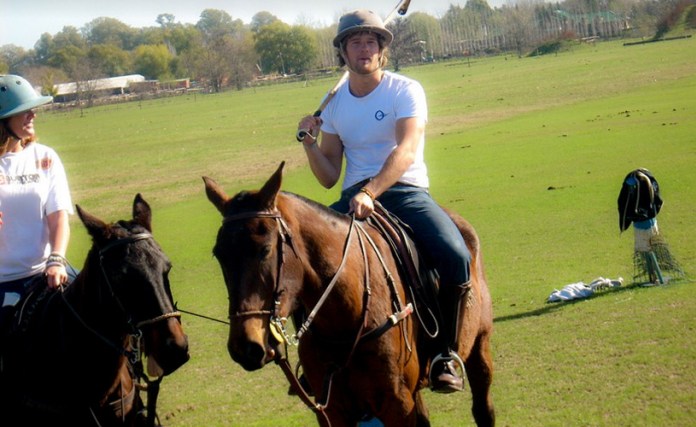 Like football, polo is a very popular sport in Argentina. In fact, matches tend to run out quickly. If that is the case, your other option is Argentina Polo Day. Your events adapt to your budget and expectations. Services include a polo match, conferences on polo history, "empanadas" and wine. Nothing more Argentine!

It is an imposing brick building, so large that it occupies an entire block. This palace is one of the most striking and emblematic structures of the city. It was declared a National Historic Landmark. Its construction culminated in 1894. The 300,000 bricks embedded in the Palacio de Aguas Corrientes were brought from Great Britain. The palace is located in the famous Recoleta neighborhood. 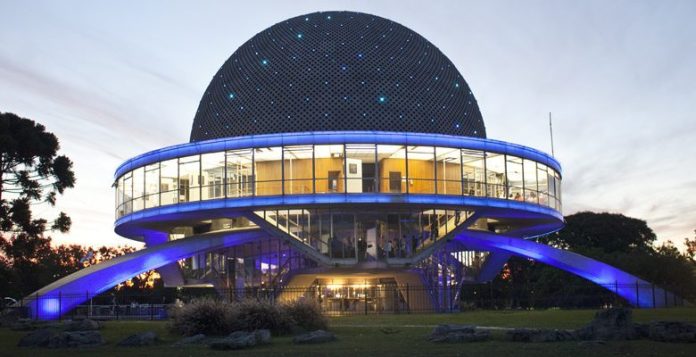 In short, this is a walk you should try. Visiting the Galileo Galilei planetarium, located in Tres de Febrero park, in Palermo, is one of the experiences that you must live in the Argentine capital. Currently the space museum offers incredible shows ideal for the whole family, where our incredible universe is exalted by innovative technology. 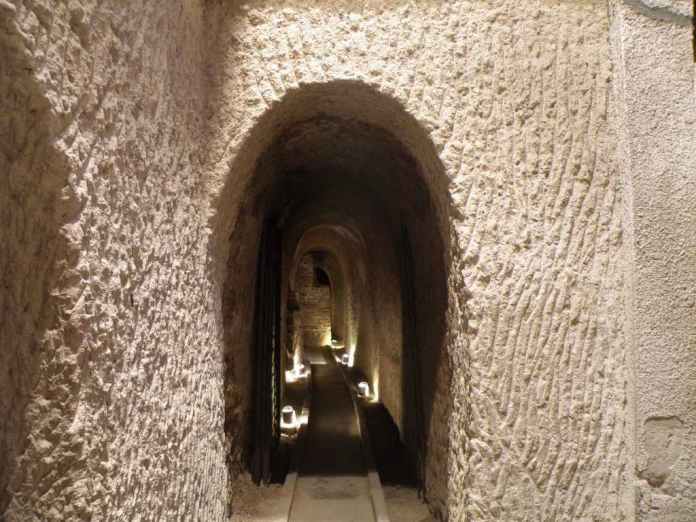 In the Lights Square there is a network of colonial tunnels that you can explore with different tours offered in the city. This area is very interesting. It has been baptized with the nickname "Manzana de las Luces" (Lights Square) as it is the place where different intellectual institutions and historical buildings are located such as the National College of Buenos Aires, the old building of the University of Buenos Aires and the Church of San Ignacio . 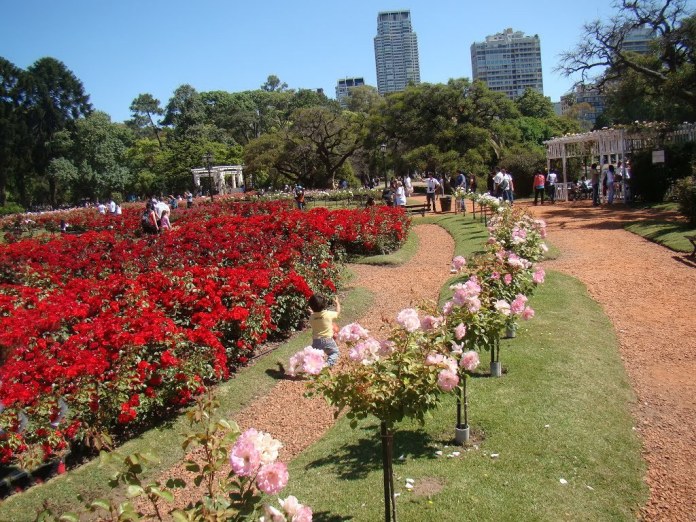 If you are visiting Buenos Aires in the months of October, November, March or April, you must go directly to the beautiful rose garden located in Palermo. This place is so picturesque that it looks like a living picture of Monet. If you are not there for those dates, the botanical gardens are lovely throughout the year. Such is the case of the Japanese garden. 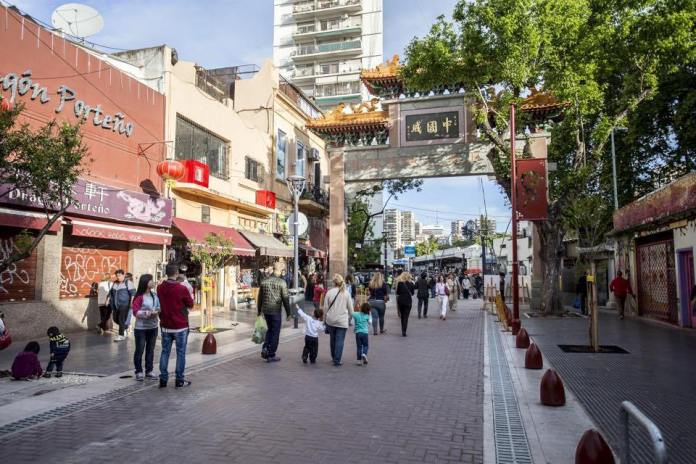 In the 1980s, the Chinese (and Asian, in general) community began arriving in Argentina in droves. Since then, they settled in several areas, especially towards the northern part of the city. The Chinatown, as it is known, has a large decorative arch at the entrance. After you cross it, you find several streets full of Asian shops and restaurants. If you are looking for something different to do, the Chinatown is the perfect place to go.

Sports fans, especially football (or soccer), cannot leave Buenos Aires without visiting the emblematic Bombonera. The real name of the stadium is Alberto J. Armando and is the headquarters of the Boca Juniors team. The nickname of this sports venue (La Bombonera) is due to its distinctive shape and size. A visit to the stadium also means a visit to the Boquense Passion Museum, dedicated to the important characters and the history of the Boca Juniors Athletic Club. 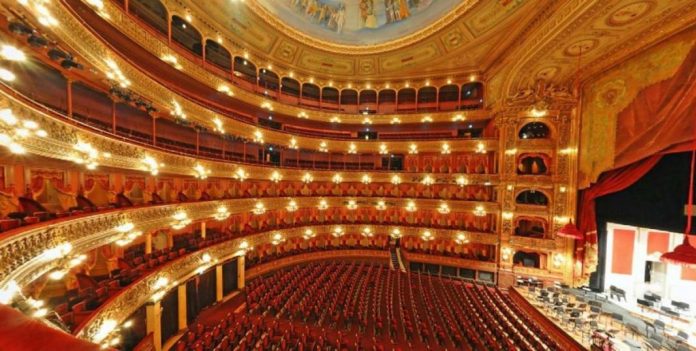 The magnificent Teatro Colón is recognized as one of the best five opera houses in the world. Without a doubt, it is worth witnessing a show in this place. It may also be convenient to take a guided tour to take a look inside the theater and learn more about its trajectory. This way you will better understand the historical role of the Teatro Colón, the main cultural icon of the city of Buenos Aires.

Tour on a tourist bus 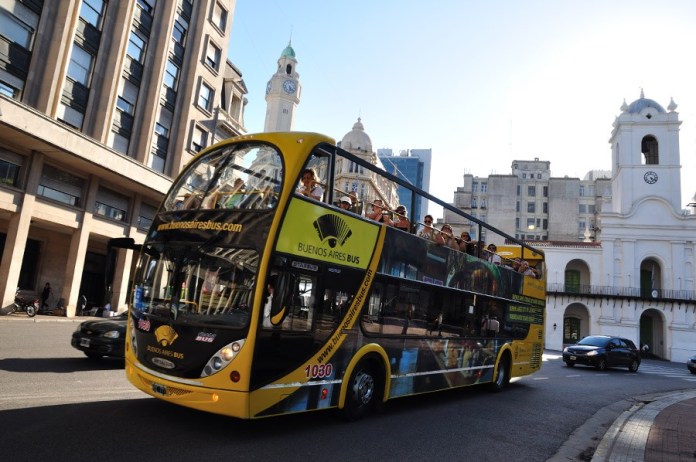 The Buenos Aires tourist bus will cover many of the places mentioned on this list. This is a good option if you don't have enough time to do the tour yourself. Maybe you prefer to spend more time drinking a good wine, going to a barbecue or going out at night with your friends. 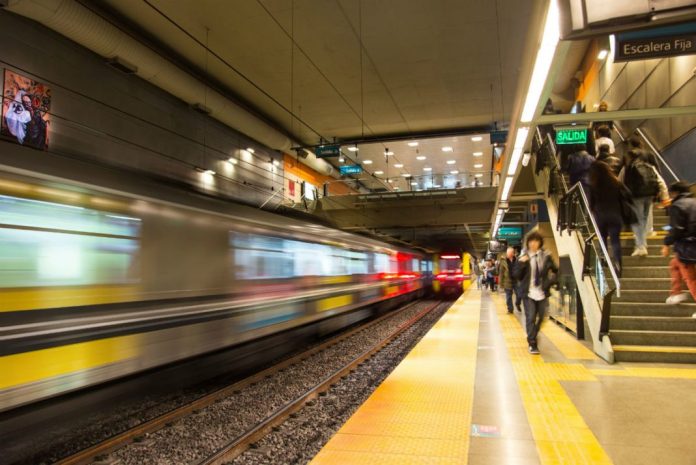 "Subte" is the name used by Buenos Aires to refer to the subway or metro. This is a fast but also dangerous means of transport, take precautions. You buy the ticket at the entrance or use the "sube" card that gives you access to buses, trains and subway and the best thing is that you can use it nationally.

Buses or so-called "bondi" operate 24 hours a day and connect the entire capital. In addition to only stopping at the places marked for this, these places are identified with the route number.

There are currently 181Km of bike paths in the city, which allows you to travel it in a healthier way. Besides that Buenos Aires has a free service for biking, it is called Ecobici.

You can discover what is happening in Buenos Aires in the following pages: